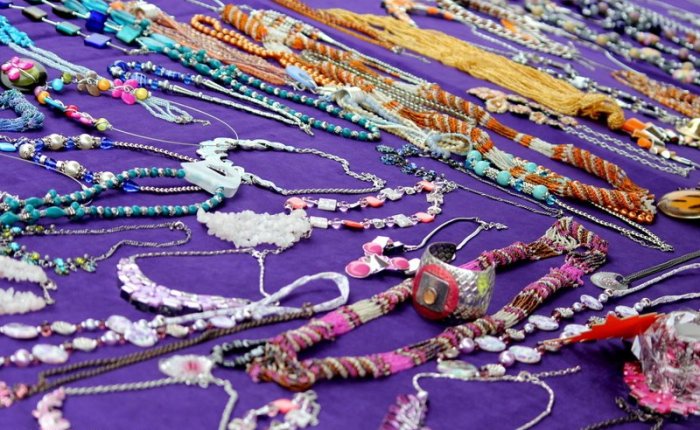 Following up on the previous one. Having laid out the content value chain, I pointed to the demand side indication that – availability of content has made discovery a problem worth solving. A quick glance at each of them below.

Premium content makers like Disney and Discovery Communications have taken a leap towards Direct to Consumer (D2C) initiatives. Disney launched DisneyLife in UK for £9.99 per month in Q4 2015, planning to expand in rest of Europe in 2016. Discovery Communication announced launch of its premium OTT service in Denmark, Sweden & Italy. For studios, the primary source of revenue is licensing. The portal page for an app like Disney’s D2C offering focuses on Disney characters (instead of movie titles) like top selling franchises a.k.a Frozen.

Recommendation will help user stickiness, but the target audience here doesn’t care much about discovery. The incentive to reduce churn on a subscription service via recommendations isn’t strong enough (yet).

Subscription VOD (SVoD) players like Netflix and Amazon are investing in creating their own original content. Revenues are driven by ‘subscription’ (needless to say).  SVoD players can benefit consumers by offering a recommendation solution, helping them make a choice from a diverse catalogue. A far more powerful tool for these players is analytics, to ensure they remain ahead of the curve in monitoring consumer preferences which has a strong bearing on investments in original content. A good recommendation system will drive user experience and user stickiness (an indirect $ impact) for an SVoD player. Improved content discovery will quicken the feedback loop. However from a consumer perspective – he will get all these niceties in the wall-garden of these individual services. An SVoD player will be far from being able to leverage all the hooks in the user journey of content consumption.

The other extreme of the spectrum has independent artists and freelancers, creating niche content for targeted audience. They work either with multi-channel networks (MCNs) to reach a large viewer base or themselves manage their creation on the usual suspects – YouTube, VEVO and others. These are typically ad-supported models. With little resources of their own, independent artists rely on the content aggregators to improve the discovery experience.

In this seemingly infinite pool of content, next in line are content aggregators & distributors. (Telco) Operators & PayTV providers have their own managed networks (read ‘walled gardens’) distributing content (in the form of channels) to consumers through varied media (satellite/cable/ter

restrial). Bundled subscriptions have been the norm till date – putting together a mix of highly desirable and nice-to-have channels together. The likes to Sling TV however have started to disrupt this arena – leading to ‘skinny’ bundles. Triple/Quad/’you-name-it’ Play from the telcos – mixing the phone, the internet and PayTV package together – are yet another way to earn revenues and reduce churn. Certain operators also benefit from government subsidies/grants and government imposed license fees to fund these operations.  From the Operators & PayTV providers kitchen, till date the (Electronic) Program Guide (EPG) has been the recipe to help users make choices. PayTV providers have also started playing with non-linear sources and the EPG fails the litmus test here. A good recommendation system will drive user stickiness for the operator reducing churn.

OTT providers are the other open-internet based content distributors. Transaction VoD (TVoD) players (like Maxdome, Videoland in Europe) rely on licensing arrangements with content owners and earn their revenues through a transactional (pay per view) model. TVoD players strongly benefit from a search & recommendations solution, giving users an improved discovery solution, thereby directly influencing revenues. However the TVoD service will compete for viewer’s attention against SVoD services, cable subscription and other content sources.

And lastly – the point of consumption – a massive television in the living room or a compact handheld device. It could also one of many media streaming devices connected to TVs (the Chromecast, Roku, Apple TVs, Fire TV and others) that give users access to the world of content. Device makers primarily make money through one time device sales. Transitioning from a product-only business model to product/service oriented business model, device makers now aim for a share of revenues from content service partner subscriptions acquired through their devices. For a media-streaming device maker, a similar rationale applies like that for TVoD players.

A good recommendation system, means increased user engagement, which in turns equals higher traffic on non-linear content through the device in the hope of new subscriptions originating from it. All of this would mean increased ancillary revenues on top of device sales.

For this consumer though, his linear-TV consumption habit does not get captured when recommending a movie or program from his catalogue on the media-streamer. Likewise TV maker, can have a positive impact on the ancillary revenue, however more importantly the consumer could get an integrated experience. The different kind of sources connected to the TV – USB, set top box, media streamer, dvd player, built in OTT Apps – can give the TV maker that ability to  know what kind of content the user watches across these sources.

The final word – All for one, one for all!

OTT services installed on the TV, linear viewing habits from broadcast, on-demand content consumption patterns – all of these could act as inputs to a recommendation system, giving a better understanding of user preferences. Taking a wild-step ahead, if the industry players decide to drop the wall, they could potentially benefit from knowing the user behaviour in the other’s world (OTT players will know what linear TV  viewers are watching, and the other way around). Industry players & analysts already start to recognize these barriers. Gaining this insight will help up-stream players streamline their own content portfolio. Industry leaders in this space would perhaps not want to do this approach (after all a Netflix viewer for example, spends effort to find the Netflix icon and browse through its catalogue), however tier 2 & tier 3 players and the challengers in both these content worlds would stand to benefit from this standardized approach, with the possibility of overall increase in user engagement and revenues.

That is  a million dollar question. Unless if you are extremely opinionated on what you like to watch!

The internet and other rapidly evolving technologies have drastically lowered the barriers of content creation and distribution. This has resulted in an explosion of content for consumption. Content creators like Studios now compete with likes of Netflix and niche artists on YouTube channels. Users have a plethora of content to choose from & a variety of platforms to watch it on.

Trying to answer, “What’s on TV now?” has become increasingly difficult. Breaking down the content journey into a value chain can look something like below

Industry players attempt to simplify content discovery, hoping to drive user adoption. Search & Recommendations is the holy-grail of content discovery. But, in the content value chain, every participant is active in this dpace. How can they drive user adoption? Are industry players willing to go beyond walled-gardens? Is any one of them better positioned than others to create enough value for the user, while capturing enough value for all participants of the value chain?

What is the goal of having a content recommendation system? Depending on where one sits in this chain, it could either be to make money or could be to boast of incredible user experience indirectly creating brand affinity.

Exploring further, I attempt to outline the players involved in the content transformation phase, figure out what their incentives are to build/buy a recommender system and how do such propositions impact their business model? Let’s start from the right extreme – the demand side. When it comes to content consumption, the end user is the king here.

The number of programs users can find is extremely high. To make a decision on what they should watch is tedious.

An excerpt from an article states, “For pay TV operators, the challenge could be as simple as people just can’t find what they’re looking for. According to Digitalsmiths, 71% say they get frustrated because they can’t find something for the family to watch. Nearly half of pay TV customers don’t use search, saying it takes too long (20%) and is just too difficult to find (18%.)”

Users have no time to browse through the content clutter. Yet another barrier is the user experience. Depending on the type of device the user consumes video content, he expects a different kind of interaction paradigm – each suited for that device type.  (Reminds me of the famous Ted Talk from Barry Schwartz – The Paradox of Choice). So the consumer is thinking either of watching something that is popular among the masses (hence in the first handful of installed channels) or just watches a show based on word-of-mouth referral. That he has a certain taste & preference has little bearing on his viewing habits.

Who should empower this user? Is the content creator, the content aggregator or the TV device maker best placed to fulfil all objectives and deliver the punch?